This is the story of a family and their passion

“When you follow the grapes from the vineyard, you end up loving it”

In 1935, Antonio Capdevila Pujol and his wife Teresa Blancher Solanes, acquired Can Canjon, a farmhouse in Teià, a small town nestled in the hills overlooking the Mediterranean, just north of Barcelona. Antonio and Teresa hoped to make one of their life's dreams come true: to produce their own wines and cavas. With an underground wine cellar built in 1848 and located in the Maresme region, an area already known for producing quality white wines (and now part of the Alella and Cava D.O.s), Antonio and Teresa knew Can Canjon was an ideal location to fulfill their dream.

Antonio’s good friend, oenologist Ángel Escude, advised him as he prepared the property for production. First, they modified the terrain, clearing the slopes and constructing seven levels of terraces to accommodate the agricultural work to be done.

The cava made from the first harvests rested for many years in the cellars at Can Canjon. As a result of the cava’s success, as well as repeated visits to the capital of cava, Antonio and Teresa became friends with the Planas family, vicitulturists and bulk wine merchants since the end of the 1800s, who were the first producers of alcoholic wine bottled for pharmacies. The Planas family encouraged them to construct Cavas Blancher in the center of the capital of cava, Sant Sadurní d’Anoia. 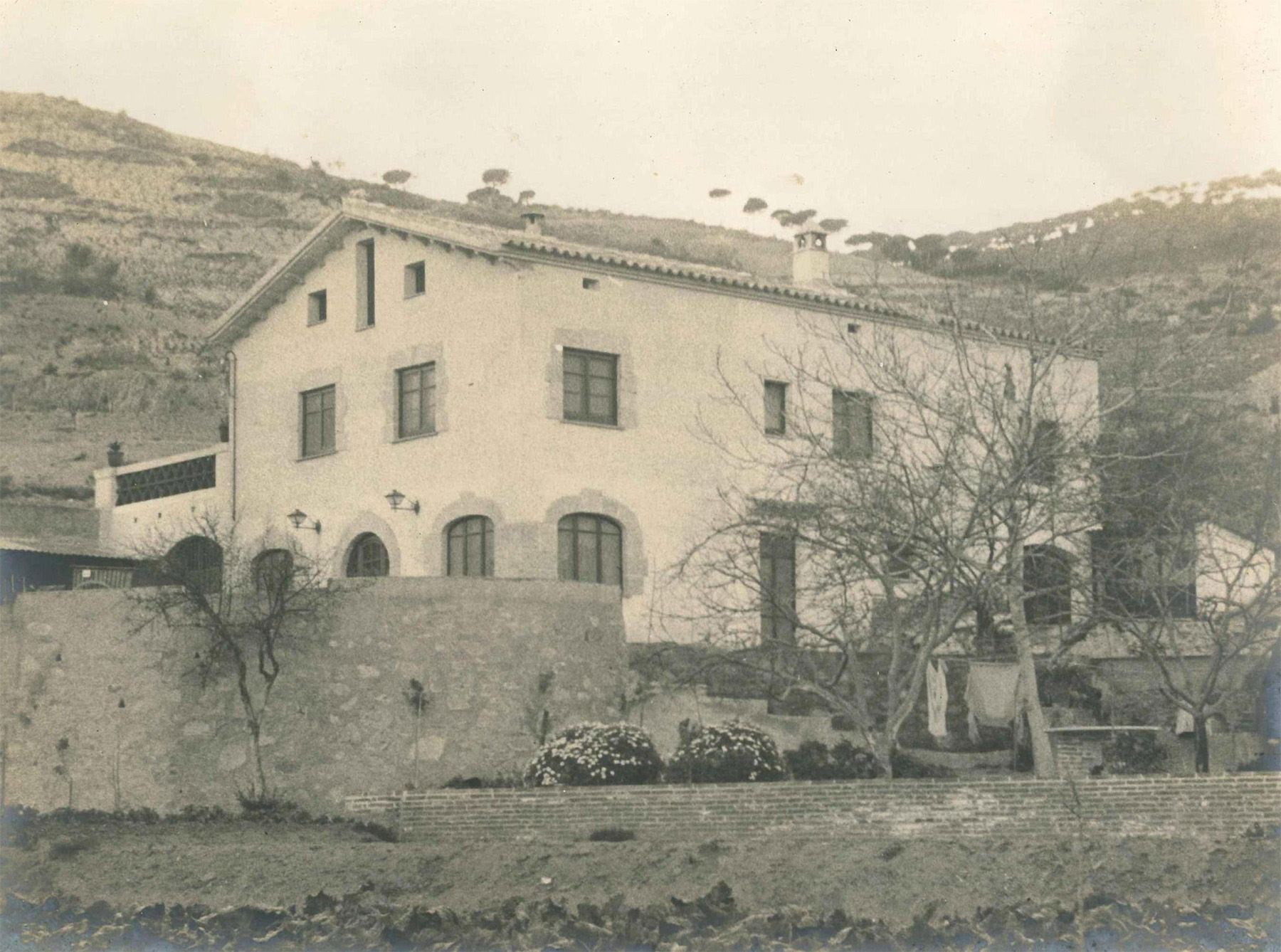 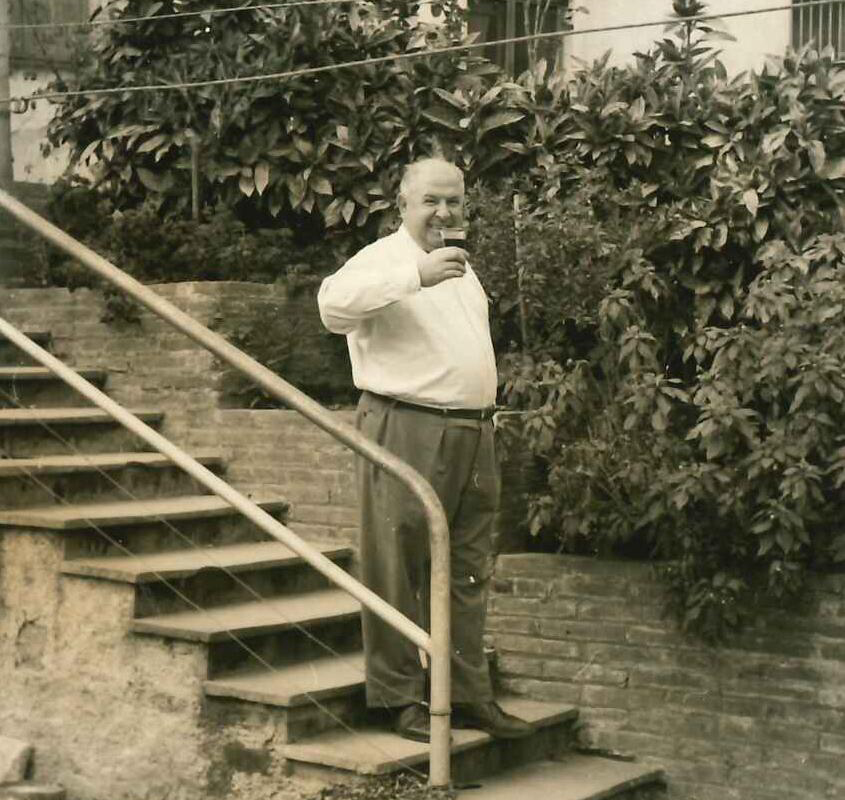 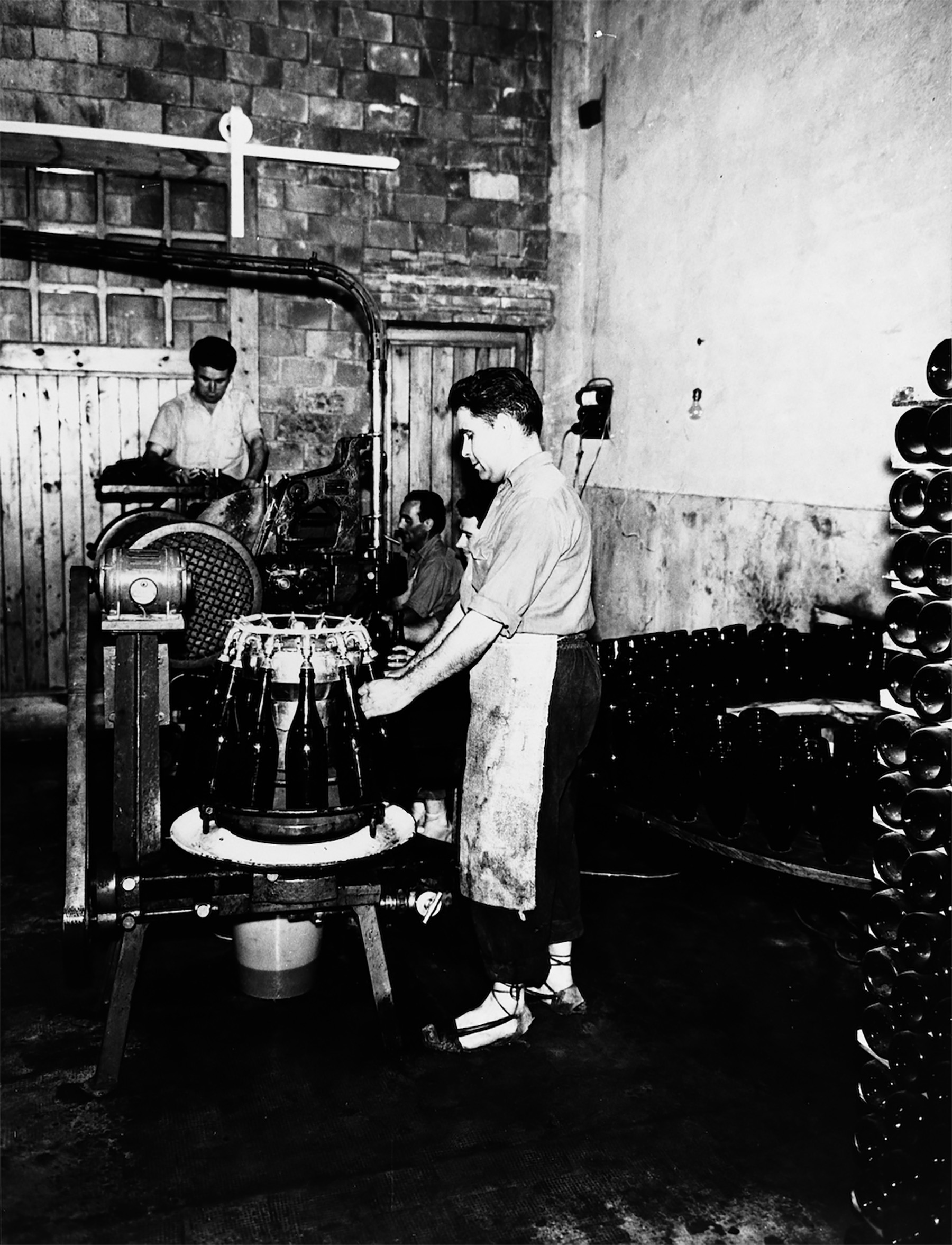 The construction of the winery began in 1952, in the center of town, facing the North to take advantage of fresh air flowing from the mountains of Montserrat, which was perfect to help maintain the ideal temperature.

The winery was constructed according to the typical Catalan bóveda architectural style. Spread over five stories, the two lowest underground floors oscillate between 16 and 21 degrees Celsius, which are idea for the aging of cavas and wine.

In 1959, Antonio Capdevila Pujol, entrusted the new company to his nephew, Josep Carbó Capdevila and wife Mercè Planas Oliver, who had been involved in the project since the construction of the winery.

With grapes from the farmhouse Can Canjon, as well as those from different viticulturalists of the Penedés, they began the first vinification in their own winery, using the most modern equipment available at the time. Years later, with a little more experience, they acquired full control of the vineyards.

Using a very artisinal process, they began their first runs and, in 1959, the first bottles appeared on the market under the label Extra Semi, followed by Espumoso Semi in 1960, and, in 1961, Brut Natural. The latter completed the spectrum of Blancher products. It was at the end of the 1970s and with the experience they acquired, that Cavas Blancher launched its first publicity campaigns.

In the beginning of the 1970s, and after the company’s first advertising campaigns, the business began to search for new markets outside of Catalonia. Valencia, Andalucía, and Madrid were the first markets into which Blancher expanded, taking advantage of the tourism boom of the times. Blancher also began its first international exports to Italy.

Building on its success, the company expanded its range of products and launched Gran Reserva Semi and Rosado Semi, and began to produce the first bottles of 1/2 and 1/4 liter.

In 1972, Blancher was a pioneer in transportation methods, introducing the transportation of grapes in smaller crates, which better protected the fruit to ensure a higher quality. The first white wine produced by Blancher was introduced to the market at the end of the 1970s.

In the early 1980s, with the approval by the CEE (the European Economic Community) of cava as a product with D.O. designation (Denominación de Origen, a protected designation of origin) a new era began, and Brut cavas gained commercial appeal. Brut Grapa, also known as Brut Especial, was introduced in 1982. As one of the company’s most representative products, this cava occupied the vacuum that existed between Semi and Brut Natural. It was immediately popular with clients, as was the Rose Brut Nature released at the same time.

In 1984, the Carbó family’s second and third generations launched Brut de la Tieta, in honor of their aunt, Teresa Blancher Solanes, who had recently passed away, and who, along with her husband Antonio Capdevila Pujol, founded Cavas Blancher. The cava is the most lauded and highest rated cava of the company. 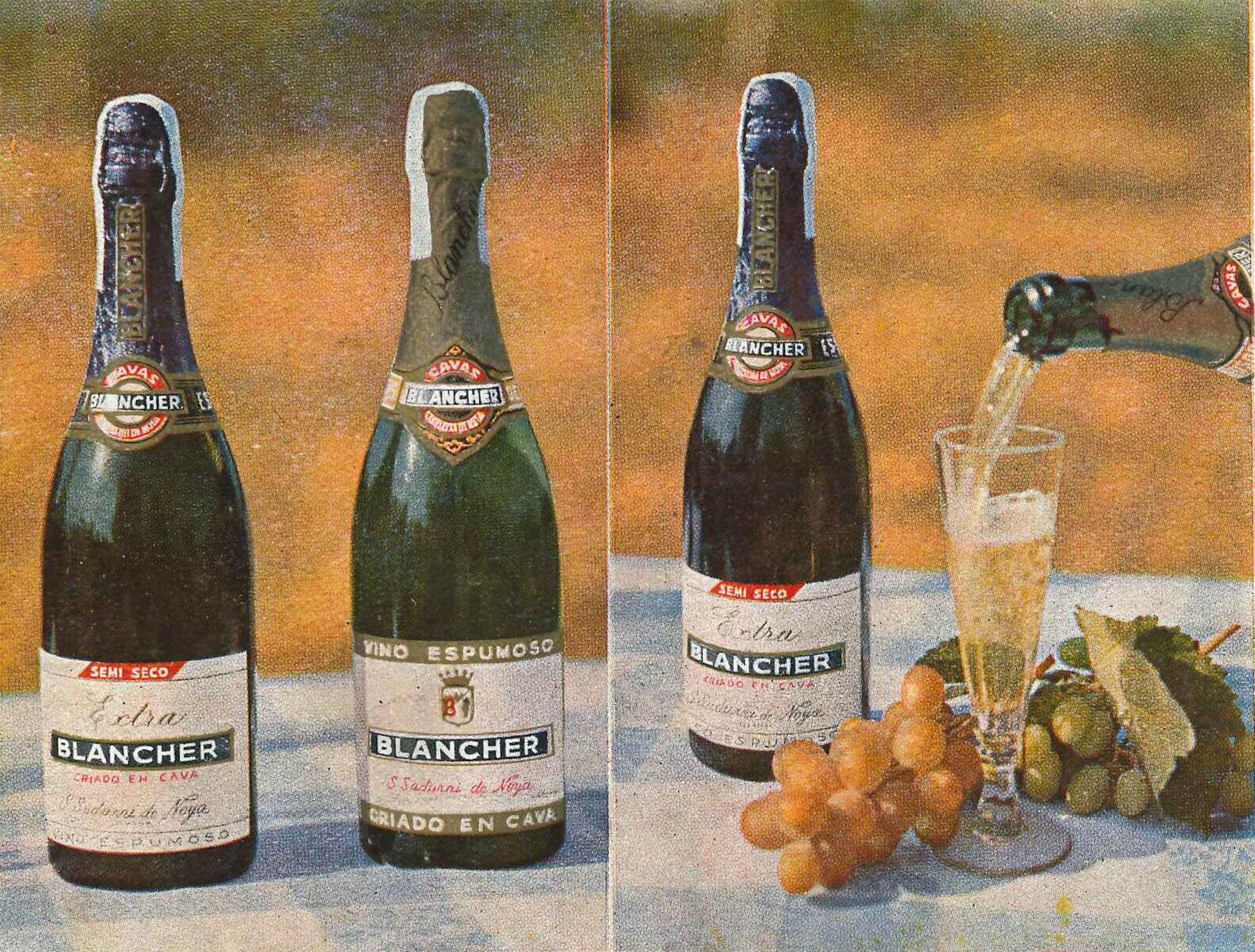 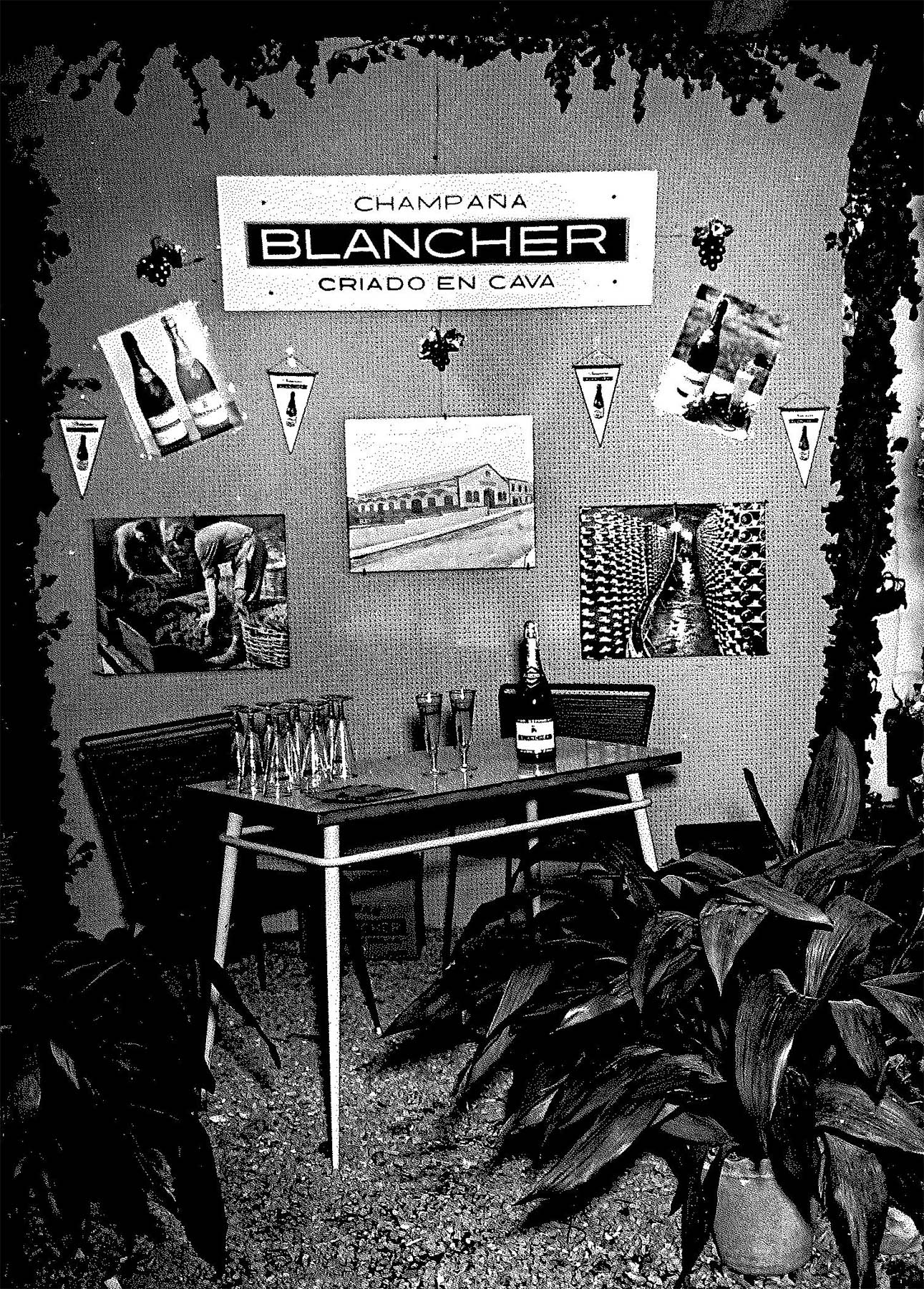 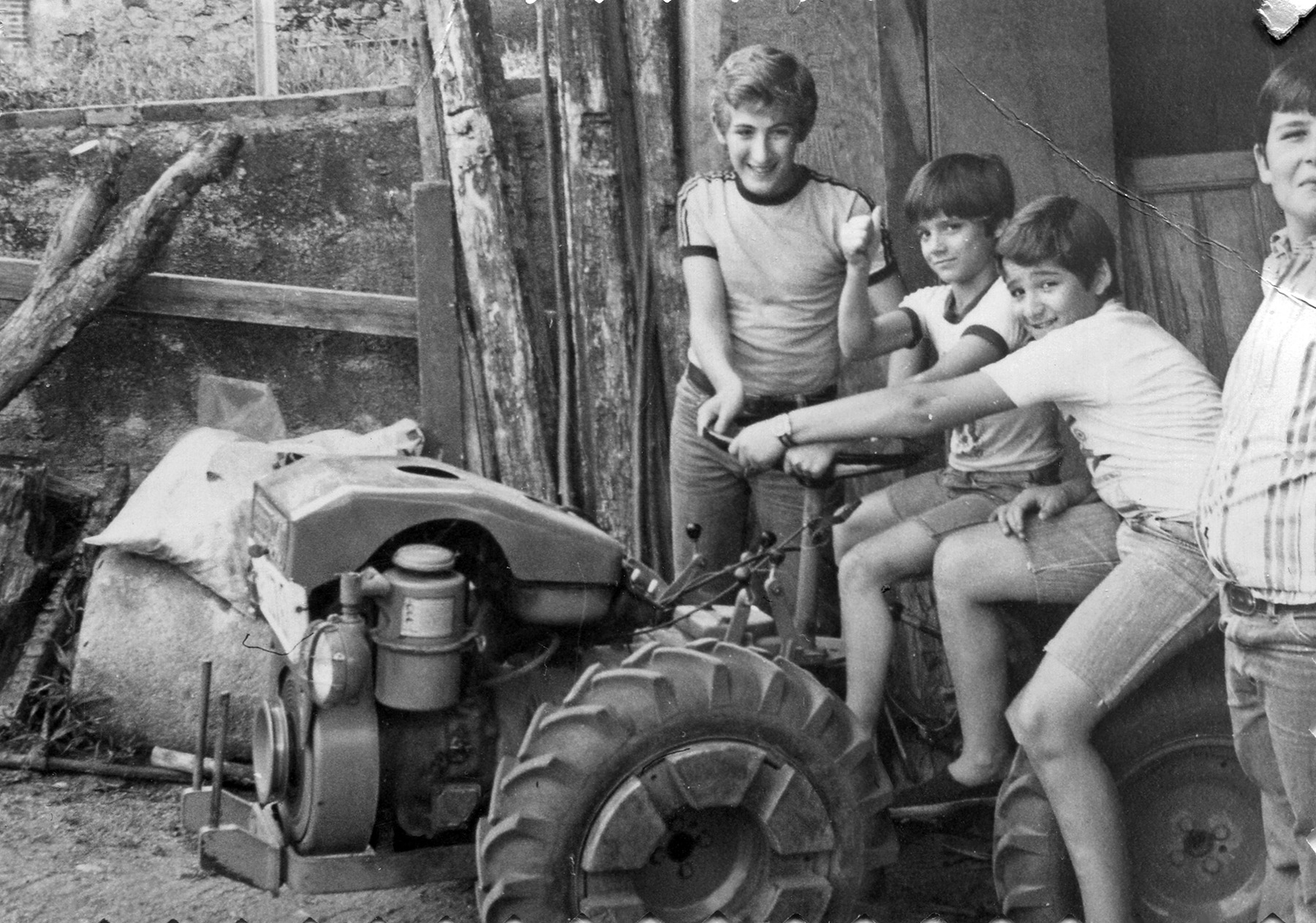 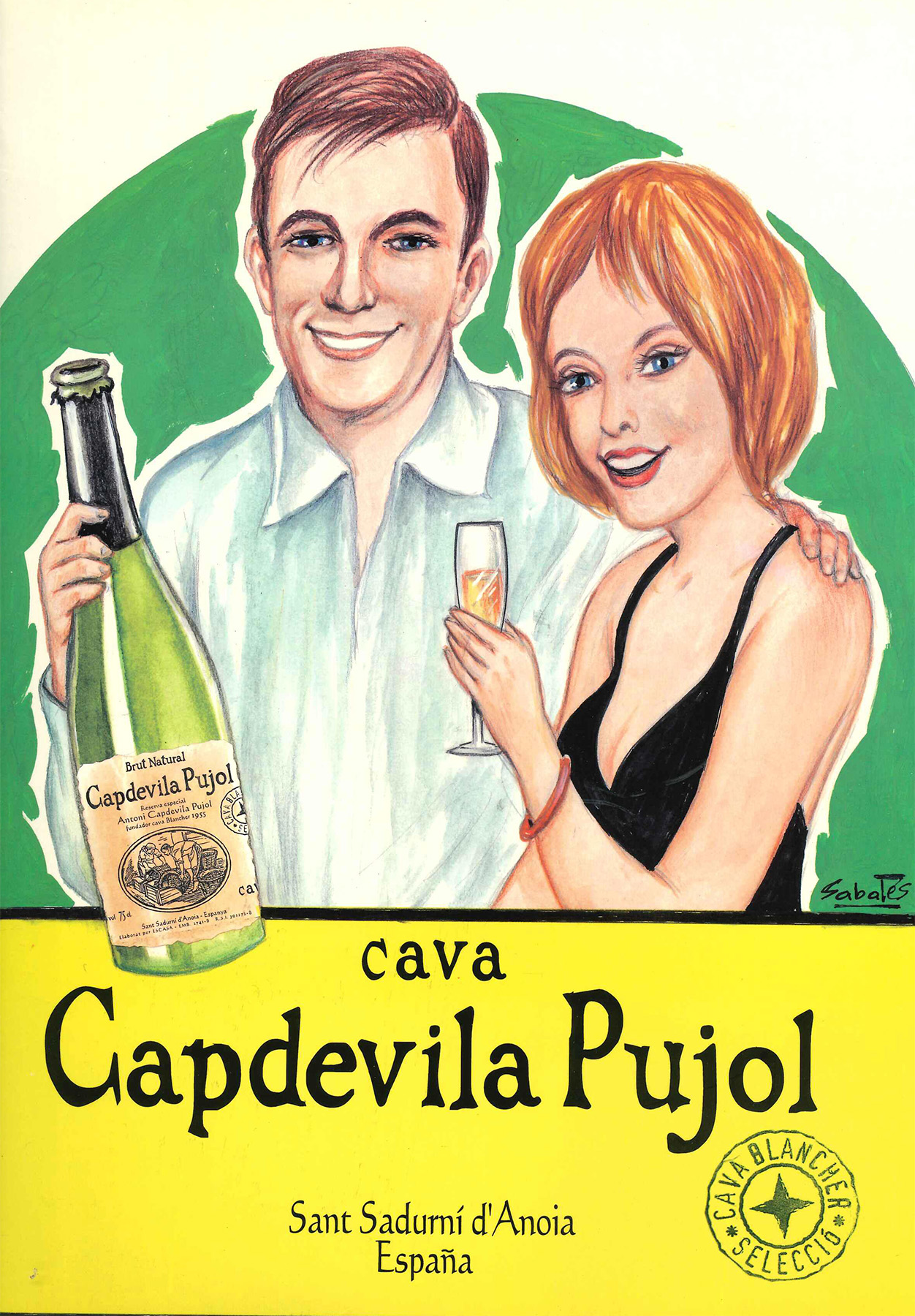 In 1990, under the control of brothers Ramon and Enric, the cavas adopted the terroir system, to ensure the originas of their products could be fully traced. Since then, more than 90% of the harvests used in Blancher’s products come from the same vineyards each year, which guarantees the highest quality and consistency of our products.

In 1993, the winery was renovated, endowed with modern production systems.

The Blancher museum was inaugurated in 1995, the 40th anniversary of the winery. The museum contains the first machinery used in the company’s production, as well as awards, art dedicated to cava and Blancher, and an impressive photography collection.

Brothers Ramon and Enric created Cava Capdevila Pujol in 1997, which became one of the most popular products of the cavas.

From the end of the 1990s to the early 2000s, we began replanting the majority of our vineyards, including Viloví and Teià, using the espalier method to guarantee a higher quality.

To counter erosion, we re-terraced the vineyards at Teià, and planted Pansa Blanca, a native varietal used in our cavas.

At the end of 1999, in honor of the new millenium, we produced a limited edition of 1000 Magnum bottles of Blancher De la Tieta, aged for 60 months.

We completed the renovation of the winery at the end of 2003, updating our degüelle process and incorporating the latest technology in the containers used for controlled fermentation.

In 2006, we produced our first special format bottle for our cava Blancher De la Tieta, which was released to the market in December 2006.

Now, we have expanded our commercial efforts with enotourism, a growing phenomenon. Every day, more people are interested in the culture, land, history, pairings, and tastings of wine. We offer our visitors tours of our winery, a private room for tastings, a museum, boutique and barbeque. 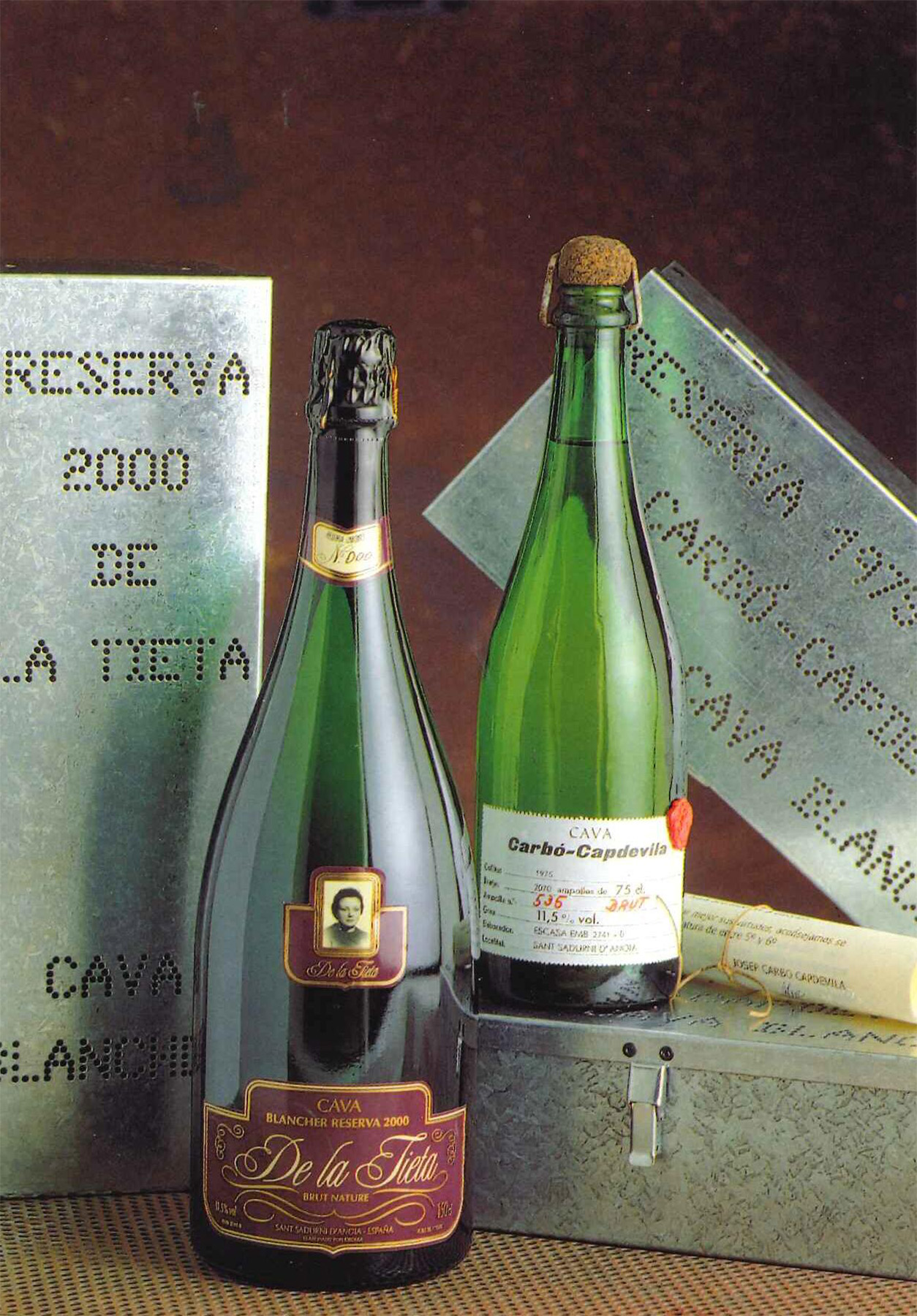 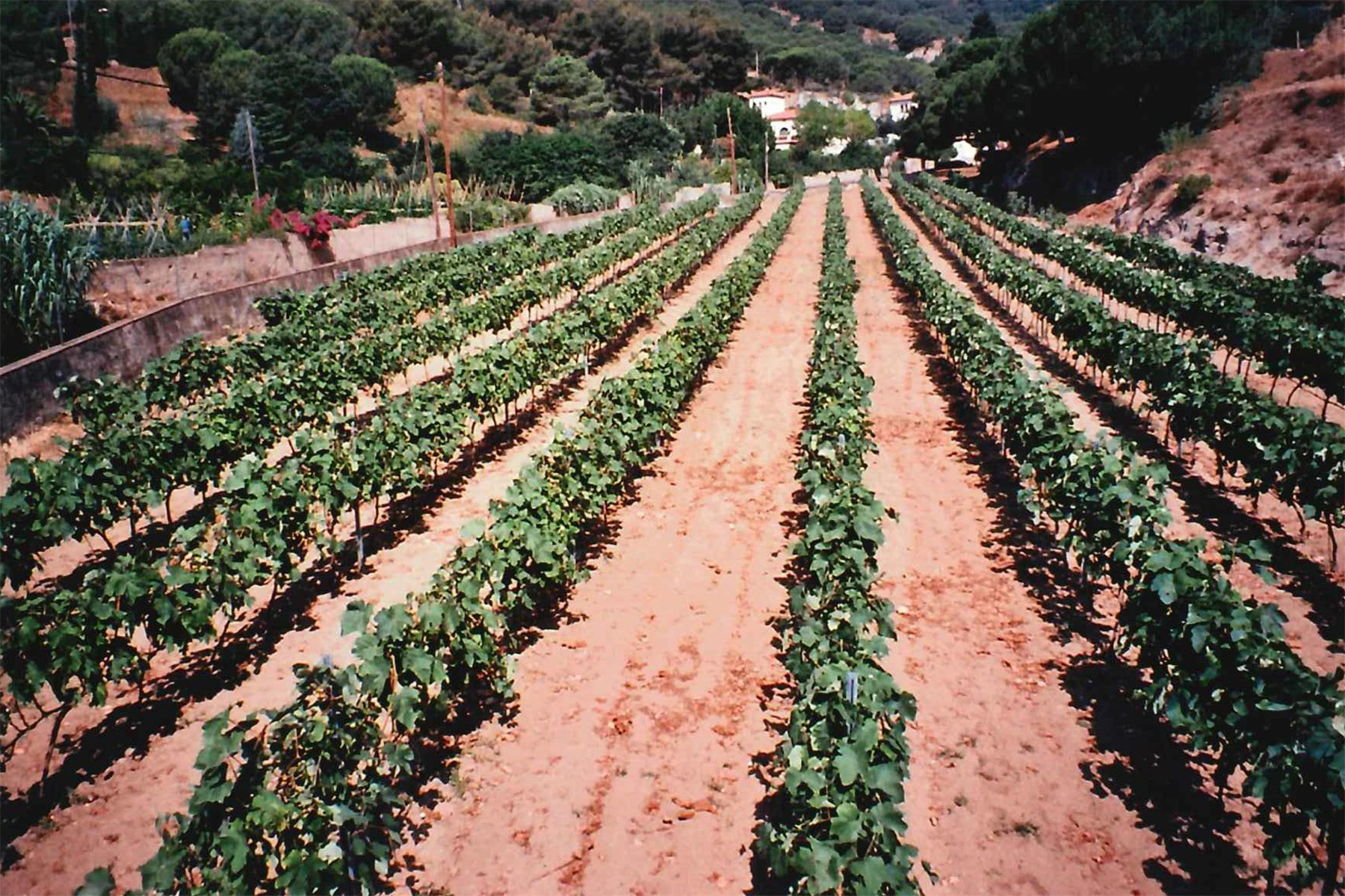